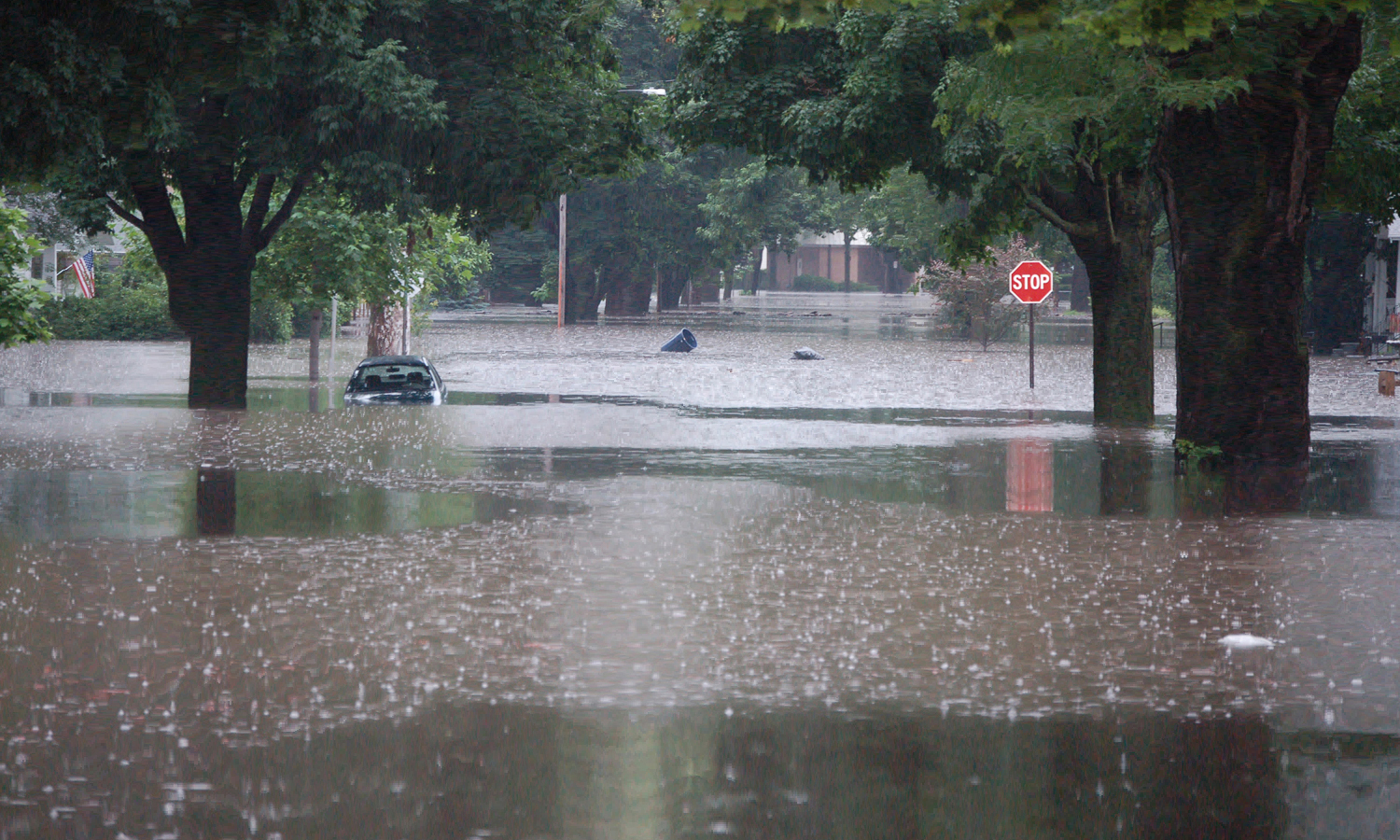 We are in the thick of danger season (aka summer), that time of year when droughts, heat waves, wildfires, floods and hurricanes are more likely to happen. Not only that; climate change has made these disasters more severe and more likely to occur.

This year, we have seen flooding across the world that can be characterized as “multiform.” This is when different types of floods—caused by rain, overflowing rivers, storm surge, tidal flooding, and/or ice melt—happen simultaneously or in rapid succession.

In Kentucky, for instance, heavy July rains caused flash flooding across normally dry surfaces. Then the rain continued, swelling creeks and causing them to overflow. This brought further flooding, inundating towns, destroying roads and bridges, and impacting disaster response and recovery over a much longer period than a flash flood alone would have done.

We of course know multiple disasters can happen in succession or simultaneously. A common one is a hurricane hitting and cutting power during a heat wave. According to an article by the American Geophysical Union, the number of these compound events has been on the increase, but understanding of the processes involved is still lacking. We are used to thinking about these compound events as discrete types of disasters, but what about when different variations of the same disaster hit simultaneously?

It is not surprising that most floods are connected with heavy precipitation. But a flood is not a simple concept—it’s not just water rising and flooding an area. Andrew Kruczkiewicz of the International Research Institute for Climate and Society and I, along with others, just coauthored a paper in the journal Environmental Research Letters that looks into multiform floods. Our paper highlights the fact that not only there are different forms of flooding, but they also have very different physical and socioeconomic impacts and implications for communities, especially when they interact with each other.

The article points out that a “flood” has various subtypes such as a river flood, coastal flood and flash flood. Each of these subtypes requires different approaches to reduce risk, build resilience and prepare for future events. Some flood subtypes are well understood, and their impacts are addressed through policies and emergency management procedures. But this is not true for all subtypes, nor for all types of interactions.

Flood subtypes can not only interact with each other but with other types of hazards. That means bundling everything under “flood” leads to all sorts of challenges, with impacts on humanitarian response and economic sectors. The impacts of multiform floods may interact in ways that had not previously been considered, leading to inadequate response and management. This is especially true when events hit the most vulnerable populations.

In the paper we mention 2018’s Hurricane Florence, when communities in the North Carolina coast evacuated inland to avoid the coastal flooding, only to find themselves facing compound inland flooding from overflowing rivers and extreme rainfall. The concept of multiform flood and related emergency preparations would have been useful in that situation.

To better understand and address multiform floods, there needs to be more research on risk, vulnerability and exposure for each subtype, so that government programs that aim to limit risk and build resilience are adequately prepared.

Risk management models must track and disclose the specific subtypes of floods they address, what assumptions were incorporated (such as rates of flow and hydrologic features), and what was excluded (such as pre-existing mitigating measures). In addition, understanding how various flood subtypes can interact with each other at various geographic and temporal scales is essential to assessing potential cascading and indirect impacts.

With climate change poised to make flooding more frequent, extensive and destructive, it is essential that communities know their risk, and that local, state and national government agencies have the data and science to understand the risk, the policies in place to mitigate that risk, and the needed public outreach capabilities.

Of course, reducing emissions that cause global warming in the first place is our best bet to avoid the worst of future climate-driven flooding and other disasters. In the meantime, understanding the science and impacts of multiform floods can inform policy makers and ensure that needed resources are available to help emergency managers plan and communicate the risks.

Astrid Caldas is a senior climate scientist at the Union of Concerned Scientists. This is an adaptation of her essay on their website.