I would never smoke in my apartment, but for my entire adult life I have been polluting my home by cooking and heating with gas. A 2020 report by the Rocky Mountain Institute, a sustainability-focused research organization, found that just baking a cake raised household nitrogen dioxide levels above the World Health Organization’s guidelines. A 2013 study in the International Journal of Epidemiology found that children living in homes with gas stoves are over 40% more likely to have asthma due to the pollution created by burning gas.

While most people focus on the environmental benefits of electrifying buildings, banning gas connections in new buildings would have significant health benefits. 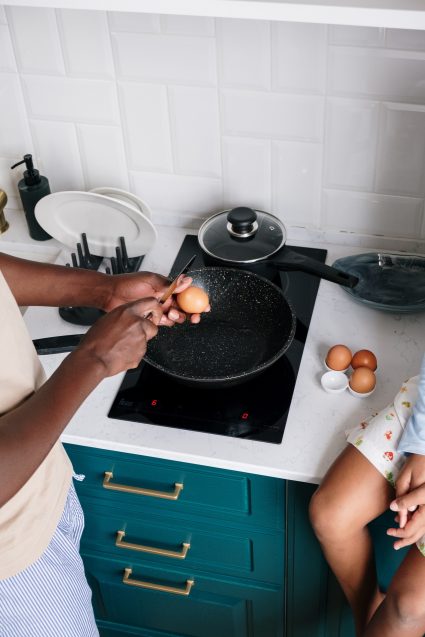 To avoid catastrophic climate change, we must meet our Paris Agreement goal of reducing greenhouse gas emissions by 50% from 2005 levels. President Biden’s signing of the Inflation Reduction Act in August brought the United States closer to that goal. But further action is needed, particularly at the state level.

New York State can take a nation-wide leadership role by ending the burning of fossil fuels in its buildings. Fossil fuels burned in buildings contribute around 13% of US greenhouse gas emissions.

In 2021, New York City became the largest city in the United States to ban gas connections for new buildings. Starting in 2023, newly constructed buildings under seven stories will not be allowed to use gas for cooking or space heating, and beginning in 2027 this will also apply to taller buildings. The Rocky Mountain Institute estimated that this would save a cumulative 2.1 million tons of carbon dioxide emissions by 2040, which is equivalent to the annual emissions of 450,000 cars.

The success of New York City’s law led to a similar proposal in 2021 for New York State: the All-Electric Building Act. In 2022, Governor Kathy Hochul proposed a version of the bill in her January budget. However, the budget requires agreement between the governor, the Assembly, and the Senate. Assembly speaker Carl Heastie objected to the inclusion of the gas ban in the budget. When asked by the Bronx Times why, his communications director stated: “As a general rule we didn’t include policy in our budget proposal.” However, other policy changes were included in that budget, including a commitment to electrify all school buses by 2035, to which Heastie did not object.

New York State’s gas ban failed at the same time as 20 other states successfully passed preemptive legislation to prevent cities and counties from enacting such bans. Shortly after the first gas ban in 2019 in Berkeley, California, the American Gas Association drafted preemptive legislation to be promoted by their local members. Utah representative Stephen Handy introduced a preemption bill saying, “I didn’t dream this up. I became aware of it, frankly, from my local natural gas supplier, Dominion.”

Gas companies and politicians justify preemptive legislation with concerns about cost and the need to give customers a choice over their energy supply.

This is the same tactic that the tobacco lobby used in the face of government regulation: to shift public debate from health to freedom of choice. In New York, a Facebook advertisement run by a group called Energy Citizens asked, “Want Albany to Choose Your Appliances?” The Energy Citizens website describes the organization as a “diverse community of Americans,” but it was formed and funded by the American Petroleum Institute to oppose oil and gas regulation.

The argument about choice makes little sense when it comes to gas connections for homes. Most people are not in a position to choose their energy source for heating and cooking — that choice was made when their home was built. According to the U.S. Energy Information Administration, over 25% of U.S. households already use electricity as their only source of energy. When most of us move into a new home, we just live with the appliances that are already installed. And in areas that successfully ban gas, the ban will only apply to new buildings. People who really care about gas can still choose to live somewhere built before the gas ban took effect.

The concern about cost is understandable, but policies in the Inflation Reduction Act have completely changed the economics. Before the law’s passage, the non-profit American Council for an Energy-Efficient Economy calculated that over the lifetime of the equipment, electric heat pumps are cheaper than gas heating systems, but the upfront cost can be $2,800 to $9,000 higher. The Inflation Reduction Act includes tax credits (up to $2,000) and rebates (up to $14,000 per household) for heat pumps, with additional funding for energy efficiency and other forms of building electrification.

Given the coordinated opposition to gas bans from lobbyists, the potential to reduce carbon emissions, and the need to create healthier homes for our families, it is essential that New York’s All-Electric Building Act is passed in 2023. You can help make this happen by calling the governor and your state senator and assembly member to voice your support. As Governor Hochul wrote in her State of the State address, we can send “an unmistakable signal to the New York market, the nation, and the world that the future of buildings must be decarbonized.”

Thomas Turnbull is a student in Columbia University’s M.S. in Sustainability Management program.

Great piece! On costs, I would add that a new gas hookup in NYC easily costs more than $10-12 thousand; several thousand in other parts of the state if not as much as in NYC. This cost is subsidized by all ratepayers. So in response to “concern about cost is understandable,” I can confidently say that there are no cost concerns when all costs are included. If possible, please add this perspective.

And as we know, hooking up anything else is free.

So what is the cost for upgrades to the electrical grid in NY to facilitate all electric construction? This of course will be needed to address the dramatic increase in demand of electricity primarily generated by fossil fuels.

Details of the coordinated campaign against building electrification in NYS can be found here: https://bit.ly/GaslightNY

“Most people are not in a position to choose their energy source for heating and cooking — that choice was made when their home was built.”

And most people cannot choose the location where they live — that choice was made when their home was built.