On November 7, the International Cryosphere Climate Initiative released its annual State of the Cryosphere Report at the international climate meeting, COP27, in Sharm-el-Sheikh, Egypt. This report presents troubling news of present and projected impacts on the world’s ice⁠—which is of great importance to human society and ecosystems⁠—but offers hope that future harms can be limited by rapid and sharp reductions in greenhouse gas emissions.

Last year at COP26, the first-ever State of the Cryosphere Report relayed the numerous threats that increasing emissions pose to the cryosphere, including what it termed “unstoppable rates of global sea-level rise.” Unfortunately, this year’s State of the Cryosphere Report has even more dire news, as reflected in its title, “Growing Losses, Global Impacts.” The report projects that total loss of Arctic summer sea ice in some years is now “inevitable.” And the arrival of this unprecedented condition is not remote⁠—even with very low emissions, years where all of the Arctic’s summer sea ice disappears are likely to occur before 2050.

Projections of the September sea ice area based on different emissions reduction scenarios through 2100. Credit: State of the Cryosphere 2022 Report

This “terminal diagnosis” of future events is coupled with additional irreversible impacts on other components of the cryosphere that have already been observed in the past year. These include the first recorded methane release due to global warming from a permafrost site, the first-ever September spike in Greenland surface melt, over 5% glacier ice loss this summer in the Alps, and rising ocean acidification marked by shell damage in the Arctic.

The shrinking cryosphere will have implications mostly for regions far from the poles, especially in coastal areas and communities far downstream of glaciers. These impacts can include sea level rise, increased risk of flooding, lower water supply, and total glacier loss outside the polar region. As detailed in last year’s State of the Cryosphere Report, some of these impacts — such as the potential collapse of the West Antarctic Ice Sheet — would be “devastating.” GlacierHub editor Ben Orlove⁠—an author of the new report, the co-director of the MA Program in Climate and Society at the Columbia Climate School, and a professor at Columbia’s School of International and Public Affairs—stated that “new research confirms that glacier retreat is significantly exacerbating flood risk across densely populated regions, with particular severity in Asia.” 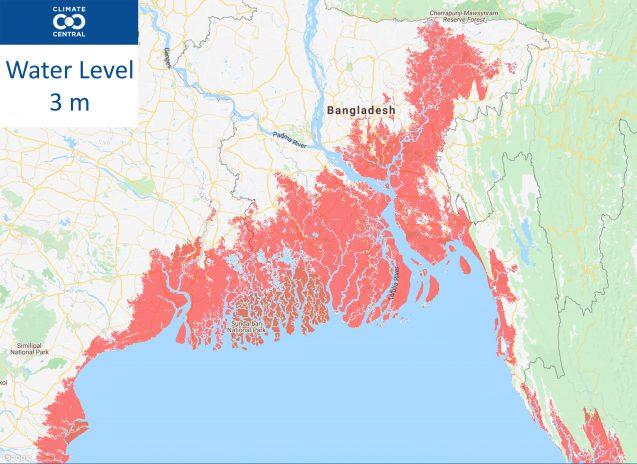 At the Cryosphere Pavilion at COP27, this “terminal diagnosis” and other impacts on the cryosphere were commemorated by the toppling of a totem representing the Earth’s snow and ice regions. A ceremony recognizing the “toppled totem” was held directly after with the participation of Arctic Youth, Indigenous people, and sea ice experts. Although the ceremony was somber in recognition that, as the report states,  “we cannot prevent the future loss of this key cryosphere dynamic,” it emphasized the importance of emissions reductions following the 1.5°C limit established in the 2015 Paris Agreement to avoid even more severe cryospheric damage.

Orlove stated that “though it has been known for years that glaciers on every continent were shrinking, the pace of glacier retreat in 2022 was nonetheless astonishing, with unprecedented levels of glacier melt in the Alps and the Pyrenees, leading to cases of glacier collapse and severe exosystem loss.”

Despite these losses, Orlove remains cautiously optimistic. “New work that integrates field observations and models demonstrates that we still have time to preserve many glaciers if we transition in the very near future to low emission scenarios,” he said.

In this way, the cryosphere joins many other regions of the world⁠—tropical forests, coral reefs, coastal zones, and agricultural and forest lands around the planet⁠—calling for urgent rapid reductions in emissions.

Surprising how the world’s elites are buying beachfront property around the world.