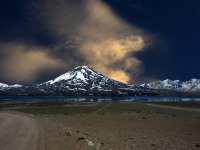 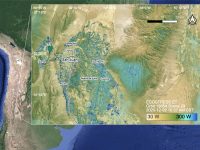 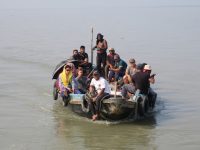 Barisal and the Eastern Channel

We are continuing our measurements of fresh and saline groundwater in Bangladesh using electromagnetic instruments. We finished our first set of measurements and have now shifted farther east near Barisal where groundwater is fresher. 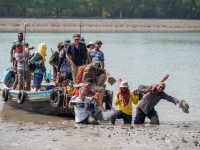 Deploying in the Mangrove Forest

We continued our electromagnetic expedition to image fresh and saline groundwater into the Sundarbans Mangrove Forest, the world’s largest. While guards protected us from tigers, it was a wild boar that dug up some of our equipment. 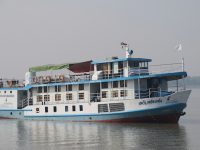 Sailing Around the Bangladesh Coastal Zone

I am back in Bangladesh to explore the distribution of fresh and saline groundwater in the coastal zone, needed for drinking in the dry season. 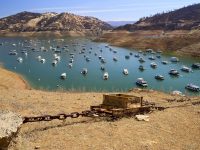 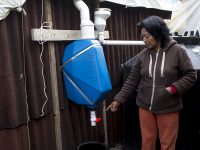 The city has installed more than 20,000 systems for some its neediest residents. 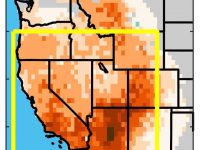 Scientists say a long-feared megadrought, worse than anything in recorded history, seems to be starting up in southwestern North America. 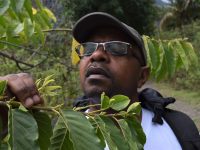 New study challenges many climate scientists’ expectations that plants will make much of the world wetter in the future. 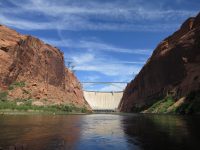 Upmanu Lall is director of the Columbia Water Center, and the lead author of the new U.S. National Climate Assessment’s chapter on water resources. The report paints a dire picture of the nation’s climate future. We spoke with Lall about the outlook for water supplies, quality and infrastructure.