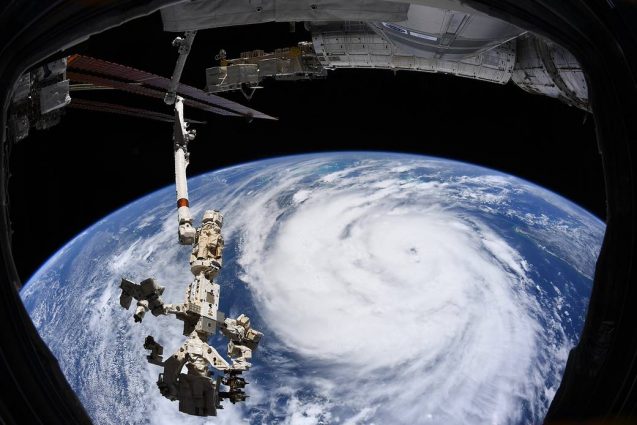 Hurricane Ida is seen in this image taken aboard the International Space Station. Credit: NASA

On August 29, the 16th anniversary of Hurricane Katrina, Hurricane Ida made landfall in Louisiana as a Category 4 storm. More than one million people across the state were left without power, including the entire city of New Orleans. The storm then moved to the Northeast, where it brought record-setting windspeeds and rainfall. In New Jersey, Pennsylvania, and Maryland, at least 10 tornadoes ripped through local communities. In New York City, water inundated subways and basements in a matter of hours. So far, at least 82 storm-related deaths have been reported.

Journalists and government officials across the country are now trying to make sense of Hurricane Ida, its damages, and just how unexpected they were. In response, experts from the Columbia Climate School specializing in extreme weather, disaster resilience, and climate science have provided their insights and perspectives. Here are some of the questions they are helping to address.

How did climate change contribute to Hurricane Ida?

The strength and intensity of Hurricane Ida has underscored the ways in which climate change interacts with severe weather. As Jason Smerdon, a climate scientist at Lamont-Doherty Earth Observatory, told ABC News, Hurricane Ida is just the latest in a series of devastating extreme weather events across the Northern Hemisphere this year that have been “impacted by global warming.”

The Earth’s atmosphere is currently about 1.2 degrees Celsius warmer than before the Industrial Revolution, Kate Marvel, a climate scientist at the NASA Goddard Institute for Space Studies and professor at the Columbia Climate School, told NJ.com. She explained that when the air heats up, it can hold more water, resulting in “an increase in very heavy rainfalls, especially in the Midwest and on the East Coast.”

In an interview with the New York Times, hurricane expert Suzana Camargo from the Lamont-Doherty Earth Observatory pointed out that heavy rainfall is also not unique to Hurricane Ida. “We are seeing this increase in extreme rainfall for all types of events,” she said. 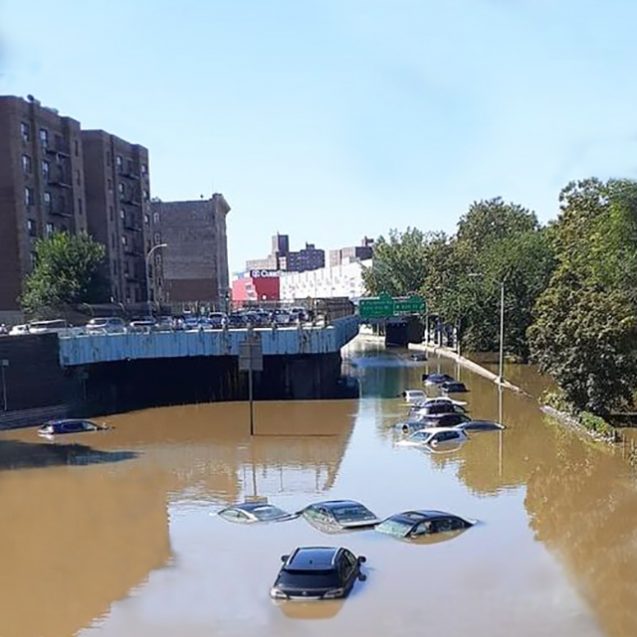 The rainfall from Hurricane Ida overwhelmed the New York City subway system and temporarily shut down all rail lines. Klaus Jacob, a geophysicist at Lamont-Doherty Earth Observatory, told Gizmodo that the number of subway lines that were closed down due to Hurricane Ida is “definitely the highest” that he has seen since 2012, when a storm surge brought on by Hurricane Sandy broke through subway defenses. In an interview with VICE, Jacob attributed the storm-induced failures of the subway system to repeated political failures to prioritize funding for the Metropolitan Transit Authority (MTA). “It’s not that the MTA is sleeping,” he said. “You should point more [of] a finger at the governor, the assembly, and the federal government, and say, ‘Help the MTA to do its job; they want to do it.’”

Adam Sobel, director of the Initiative on Extreme Weather and Climate at Columbia University, relayed a similar point in an email to the Associated Press. After nearly ten years of post-Sandy resilience planning at the state and local level, he said “one might have hoped, in an alternate reality—where, for example, the MTA weren’t chronically under-funded —that we might have seen a bit more progress on keeping water out of the subways.”

Preparing New York City for future extreme weather events will require both mitigating the overflows of the city’s sewer system, which can cause the subway stations to flood, and developing solutions to sufficiently block subway entrances in the event that overflows occur, Jacob told City Limits.

As the atmosphere continues to warm, extreme weather events are expected to be more frequent and more intense. In an email to The Hill, Camargo said that multiple climate science studies have analyzed historic data and found that “we are already seeing an increase in the occurrence of the most intense storms.”

Hurricane Ida is the latest example of how these projections are playing out in real time. Speaking to the Verge, Radley Horton, a climate scientist at Lamont-Doherty Earth Observatory, said, “What we’re learning is that the unthinkable may have always been more likely than we wanted to admit—and with climate change, it becomes much more likely.”

This is not to say that it is too late to address the increasing impacts of climate change. Writing for CNN, Camargo underscored that “we cannot continue to delay taking significant action” to reduce greenhouse gas emissions. “The time to act is now,” she wrote.

Sobel, in his opinion piece for CNN, agreed: “Speak out, organize, give money, vote. Let’s all get to it, however we can.” 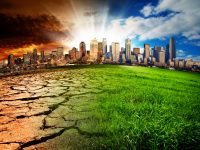