Behind the Podcast ‘How We Got Here'

In honor of Earth Day on April 22, Columbia Climate School has a variety of great events and stories lined up for you. Learn more on our Earth Day website. 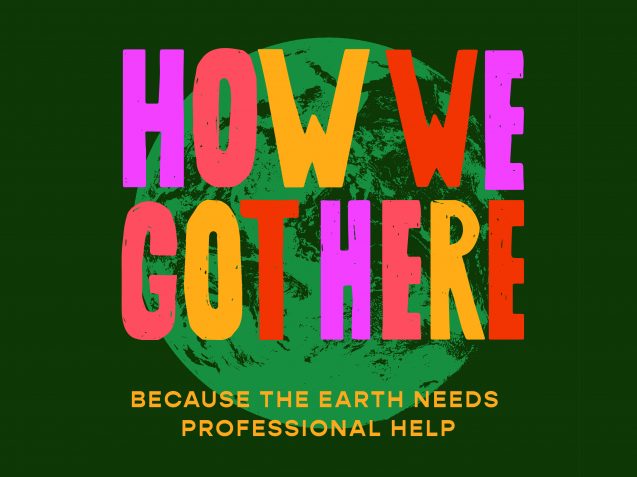 When asked what he does for work, award-winning environmental poet Craig Santos Perez will usually say that he “teaches reading and writing.” What brought him to this work, however, is not nearly as straightforward an answer. At age 15, Perez relocated with his family from Guam to California. Poetry became a space where he could navigate his homesickness, cultural identity as an indigenous Chamoru, and burgeoning climate anxieties. Flash forward over 20 years and he is now an American Book Award recipient and professor at the University of Hawaii Manoa.

Perez’s career path is just one of the many explored through the podcast, “How We Got Here,” co-hosted by climate scientists Stephanie Spera and Rachel Lupien. The podcast, which finished its first season in March, was created to showcase the breadth of jobs within the climate movement and the nonlinear decision making that so often guides the people who work in them. The result is a hopeful series that highlights the many ways a person can contribute toward solving climate change, with the aim of inspiring and empowering others to get involved.

Before it was a podcast, though, “How We Got Here” was an idea borne from desperation.

From classroom to podcast

In spring 2021, Spera was teaching an introductory course within the Department of Geography and the Environment at the University of Richmond. It was held, as many introductory college courses are, at nine o’clock in the morning. And in the pandemic era of remote learning, she could feel it starting to drag. 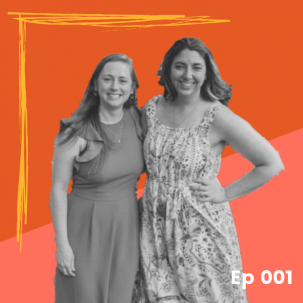 Climate scientists Rachel Lupien and Stephanie Spera are the co-hosts of the “How We Got Here” podcast. Lupien is a postdoctoral research scientist at Columbia University’s Lamont-Doherty Earth Observatory.

“I just kept thinking, ‘How do I make this not a living hell for my students?’” she said. “How can I keep them engaged, so it’s not just me talking into the ether of black boxes on Zoom?”

Spera decided to reach out to her professional network — “cool friends who do cool things” — and ask them to talk to her students about what they (actually) do at their jobs and what it (actually) took for them to get there. She figured, if nothing else, it would bring new faces to the screen. By the end of the semester, that open invitation had turned into an ad hoc weekly speaker series — one that her students overwhelmingly raved about in their end-of-course surveys.

“My students are so passionate about the climate crisis,” said Spera, “and I realized no one had really given them that time or space to think about how they could help address it.” With the hopes of serving a wider audience, Spera reached out to Lupien (one of the aforementioned “cool friends”) about co-hosting a podcast, and soon after, “How We Got Here” was launched.

From grad students to co-hosts

Spera and Lupien first met as graduate students at Brown University, where they became close friends through their shared pursuits in climate science and unrivaled enthusiasm for the biannual Grad Prom. When Spera was considering what it would look like to wade into the “grossly oversaturated” podcasting space, she said Lupien was the most obvious choice for a partner.

“We were both inebriated when I pitched her the idea,” said Spera, “and she immediately gave it the time and support that it needed. She’s just one of the smartest, most delightful people I know.”

For the past three years, Lupien has worked as a paleoclimatologist at the Columbia Climate School’s Lamont-Doherty Earth Observatory, researching how variations in the climate some 25 million years ago could have impacted early human evolution across Africa. It’s the kind of job that most people haven’t heard of before — not unlike many of the jobs featured on the podcast.

“It can be really hard to deviate from the more ‘classic careers’ that are depicted in the media or familiar within our families,” said Lupien. “One of our goals is to show that it’s okay to break away from that — to not know exactly what you’re doing — as long as you’re enjoying and checking in with yourself as you go.”

In many ways, Spera and Lupien have embodied this advice through the very production of the podcast. Neither of them had any podcasting experience at the outset of “How We Got Here.” They iterated as they went — tightening episode introductions, refining interview questions, and, after realizing the importance of good sound quality, hiring an audio intern.

Having both spent their careers in academia, Spera and Lupien are (like their listeners) newcomers to the working worlds of their guests. Their list of who to invite on the show started with identifying the fields they wanted to learn more about, and has since expanded into a master spreadsheet, systematized in the way you might expect from two people with doctorates in science. Over the course of season one, they also become increasingly candid about their own professional hardships, including Lupien’s then-realtime job search and Spera’s interest in pivoting towards something totally different from her current role.

“I’m realizing that there are so many possibilities out there,” said Spera, “and, maybe similar to the person listening to our podcast, I’m trying to figure out what I want to do next.”

From podcast to movement building

With its overwhelming scale and complexity, climate change is an issue that no one job or career path can solve, and part of what Spera and Lupien hope to accomplish by continuing to produce “How We Got Here” is a democratizing of what it means to contribute.

“We all have unique talents, skill sets, and voices that we can use in very specific ways to make a difference,” said Lupien.

Season one of the podcast is a testament to this, with episodes featuring the work of a wide variety of climate professionals: a forest ecologist, policy director, and clean energy professional decarbonizing the cryptocurrency industry, among others.

That is not to say there aren’t through-lines in their career paths, though. The importance of developing strong communication skills is named several times over, as is the difference that a supportive mentor can make — something Lupien has since thought of often in her own capacity as a supervisor of graduate students. Guests also share a steadfast commitment to climate action.

“Even though we see them make different decisions based on their life histories, their motivation is the same,” said Spera. 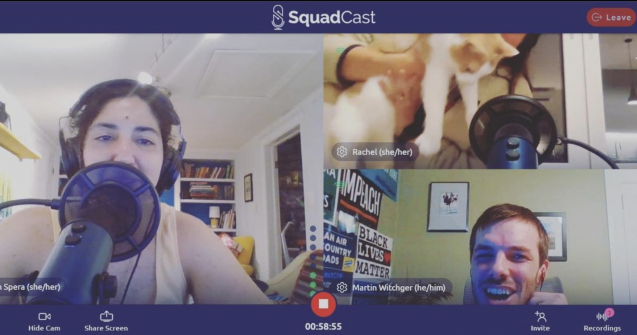 Spera and Lupien are already brainstorming who they can invite on the podcast for season two, which is slated to come out this fall. Prospective guests include a venture capitalist, musician, climate justice activist, and mechanical engineer. Regardless of the lineup, though, Spera trusts she will learn just as much — if not more — as she did the first time around.

“When I feel like the world is a Dumpster fire, I get to talk to somebody about why it is worth fighting for,” she said. “My own passion gets reignited knowing that all these people are applying their skills to make the world a better place.”