A Road Map for Minibus Electrification 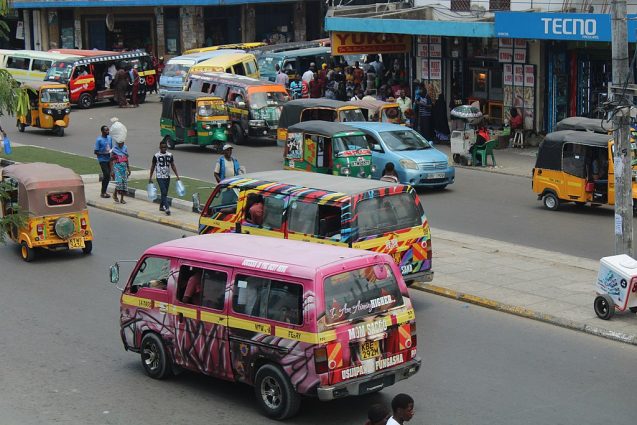 Over the last ten years, momentum has been building in cities across Africa to decarbonize the transportation sector. But while the focus to date has been on electrifying cars, motorcycles, and public bus systems, most of the populations in these cities rely on a different way of getting around — minibuses.

Minibuses make up about 30 percent of all vehicles on the road in most African cities and are often classified as an “informal” or “popular” mode of transportation, due to their operation by self-employed individuals rather than permitted providers. This distinction is, in part, why some transportation planners have prioritized replacing minibuses with other modes of transportation, rather than electrifying them.

A recent report co-authored by the Columbia Climate School’s Center for Sustainable Urban Development challenges that approach by evaluating the potential for minibus electrification in three African cities — Nairobi, Kenya; Cairo, Egypt; and Cape Town, South Africa. In each one, the researchers found that electric minibuses have the potential to deliver profound public health and environmental benefits — but, without targeted support, their successful implementation is far from a guarantee.

Many African countries currently import the vast majority — as much as 95 percent — of their cars and buses second-hand from the United States, Europe, and Japan. In addition to the safety concerns that come with the age and quality of these used vehicles, they run almost exclusively on fossil fuels, perpetuating the emission of planet-warming greenhouse gases. Transportation is the fastest-growing source of carbon dioxide emissions in the world, and as African cities expand and industrialize, the continent’s emissions from transportation are increasing at a rate of 7 percent per year.

“Transport is proving to be the hardest sector to decarbonize,” said Mohamed Hegazy, report co-author and co-founder of Transport for Cairo, “and this global imperative further clashes with the development needs of the poorest.”

Minibuses burn diesel or petrol, which significantly contribute to the local air pollution in African cities. In Nairobi, the annual average concentration of fine particulate matter, the primary air pollutant from diesel exhaust, has been recorded at more than 70 percent above the limit advised by the World Health Organization. Fine particulate matter is the leading environmental risk factor for disease worldwide and is associated with respiratory illness, lung cancer, and heart disease. It also disproportionately impacts the health of low- and middle-income people, many of whom suffer from longer periods of exposure, as they must walk or use minibuses to get from place to place.

The few electric vehicle models that are being promoted in African cities right now are from expensive foreign manufacturers like Tesla. “So the benefits of this technology — better, safer vehicles and cleaner air — are going to a very exclusive class,” said Jackie Klopp, report co-author and co-director of the Center for Sustainable Urban Development. “They are not being equitably distributed.”

The trend of offloading old vehicles to Africa is also likely to continue as wealthier countries accelerate their own clean energy transitions. If cities like Nairobi, Cairo, and Cape Town are unable to upgrade and electrify their transportation systems, they could quickly get locked into decades of additional greenhouse gas emissions and air pollution. 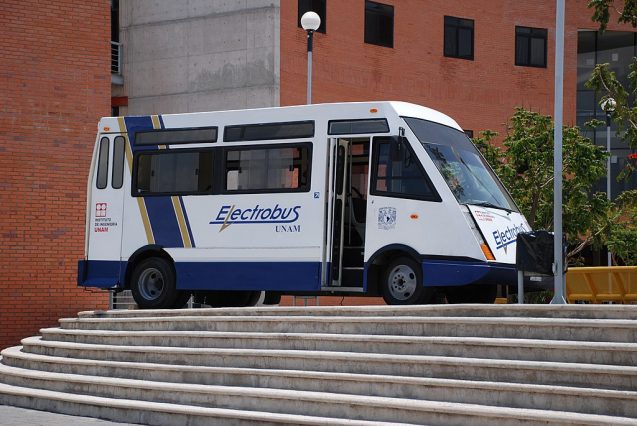 Example of an electric minibus in Mexico. Photo: Gussisaurio

Despite the prospective advantages of cleaner public transport, Hegazy stressed that minibus electrification will not happen without significantly restructuring the transportation sector. Minibus operators will need the organizational capacity to access financing opportunities and to train drivers. Governments will have to establish adaptable regulatory environments so that electric minibuses can complement existing, larger public transportation networks.

Then there is the need for public investment — “as much of it as possible,” as Klopp put it. The upfront cost of an electric vehicle is currently too high for most minibus owners to justify making the switch. Some governments in Africa, like Egypt and Kenya, have introduced tax incentives to encourage the purchasing and manufacturing of electric vehicles, but in the absence of additional financial and regulatory support, these incentives are failing to overcome the short-term advantages of maintaining the status quo.

In addition, people whose work depends on used internal combustion vehicles, like the selling of automotive parts for maintenance and repair, would need to be retrained or provided with alternative economic opportunities.

“There is a lot of political economy that has to be navigated to move things forward,” said Klopp. “It takes vision, as opposed to reaction.”

Part of actualizing the vision for minibus electrification is the transition to a cleaner power grid — a feat that is more attainable for some cities than others. In Kenya, renewable energy accounts for over 90 percent of the nation’s electricity generation, so when Nairobi shifts to electric vehicles, there will be a considerable net reduction in greenhouse gas emissions. By comparison, around 70 percent of South Africa’s energy mix came from coal-fired generation in 2019. Without a parallel effort to decarbonize the power grid, the climate benefits of electrifying transportation in a city like Cape Town will be undercut by the increasing demand for dirty energy.

Fortunately, more and more African cities and countries are pursuing clean energy targets. “By using our rich data sets on popular transport, we hope Cairo can make the investment case for better regulation,” said Hegazy, “including an actionable and attainable net-zero [emissions] goal in the near future.”

The report itself has also begun to make an impact, including in Cairo, where the government is using its findings to inform multiple ongoing metropolitan transportation plans and long-term electrification strategies.

“I think our report came at a time when there were rumblings about decarbonizing the popular transportation sector,” said Klopp, “but, really, this is just the beginning.”